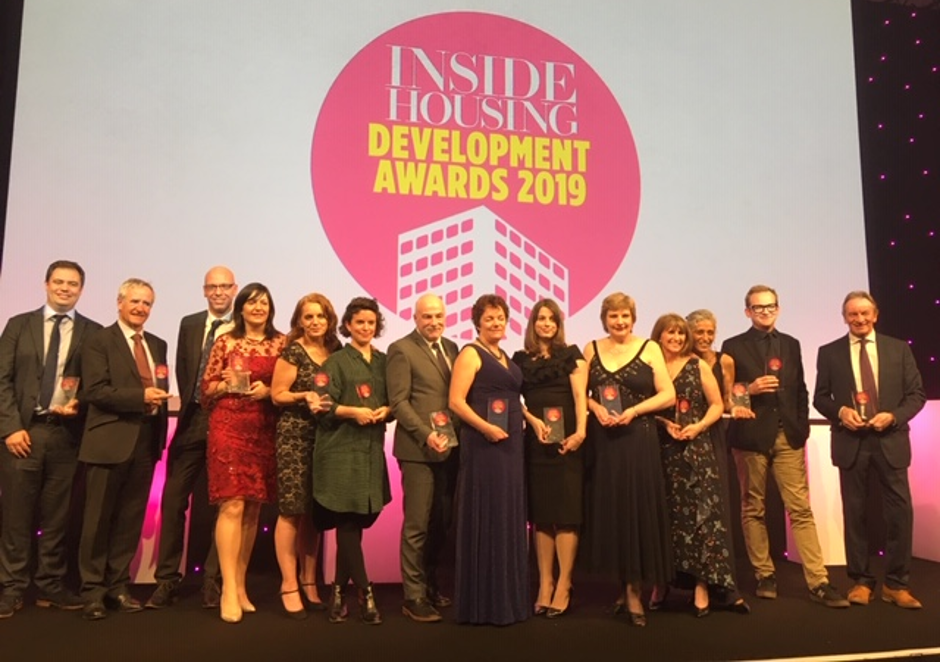 Back in November 2019 we had the privilege of attending the Inside Housing Development Awards 2019 in London!! We don't get out of Gorton often...so it was a real treat. One Manchester Housing Association had invited us to the Awards Ceremony after they nominated us for the 2019 Best Development Partnership Awards with One Manchester, Oasis and Manchester City Council. With over one thousand people attending the event, it didn't enter our heads that we would win...but we did!

Our partnership with One Manchester Housing Association and Manchester City Council has been an extraordinary adventure and we have been so blessed by their dedication and support over the past five years. It's wonderful to see three very different organisations come together to bring about such an incredible building project and housing scheme that will literally change thousands of lives over the next few years and thousands more for generations to come.

“The building project between Oasis, One Manchester and Manchester City Council has restored derelict land, created new homes and provided much needed support for thousands of people. It’s a fantastic partnership model which could bring hope to other disadvantaged communities around the UK. It’s been a privilege to be part of such a great partnership” says CEO of Oasis – Victoria Armstrong.

We, at Oasis, believe partnership is a vital part of seeing people and communities transformed for the better. This award is testimony to the incredible partnership with so many people, Churches and businesses.  We are beyond grateful!