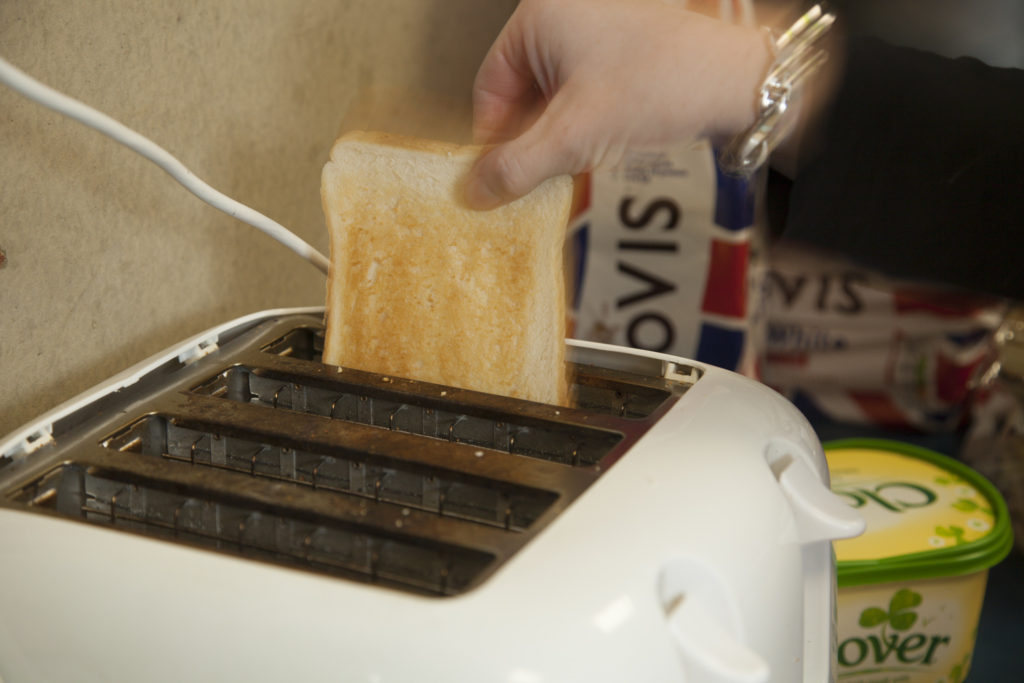 The majority of the people we work with at The Oasis Centre have long-term, multiple needs and will fall through the net again if we meet one need and then direct them elsewhere to other services. We therefore aim to offer holistic support which meets their physical, social and economic needs under one roof where they feel safe, loved and cared for.

The case studies below show the vulnerability of our clients and the 'layers' of support needed to help each individual find stability, integration, skills and aspiration for their future.

Tina first came into Oasis with friends to take advantage of our free cafe. Due to an abusive relationship and a lack of family/friendship support, Tina had started drinking heavily. Tina struggled to read and write, and was fighting bouts of depression. Tina was also heavily in debt. The Crisis Support Team (CST) worked with Tina to sort out her housing, finance and health issues and introduced her to our RE-SKILL programme. Tina joined the English for Everyone and Maths Made Easy courses. As her confidence began to grow, she enrolled onto the RE-START programme and started looking for jobs. As Tina got to know us, she began to open up about her anxieties and great sadness. Tina found working one-to-one of great benefit and also enjoyed the opportunity to offload about the previous week. Through working hard, Tina began to see the benefits. She stopped getting sanctioned, became debt free and was drinking less. Tina's confidence continued to grow. Tina received several certificates at our Winter Awards Ceremony and now feels confident about her future, having lots of interesting information to write in her CV. Tina has received several job interviews, and we are confident about her future.

Shane came to Oasis looking for work. Shane hadn't worked for 10 years, with no experience over that entire time. Shane was illiterate and was in danger of being sanctioned due to not being able to read the letters he was receiving from the Job Centre. The RE-SKILL and RE-START team got straight to work and started offering Shane one-to-one support in reading, writing, maths and searching for jobs. They also helped Shane find voluntary work at a charity shop near his home. The team worked patiently helping Shane write a CV that he could be proud of. The Crisis Support team also helped Shaned read and respond to his benefit letters and utility bills, which Shane says has taken the main stress out of his life. Shane is now working hard to gain the skills and confidence needed to gain employment.

Sam was referred to Oasis by the Job Centre after he had been sanctioned. Sam was sanctioned again and was found passed out and admitted to hospital due to starvation, caused by lack of money during his sanction. His blood tests from hospital indicated that he was suffering from vitamin deficiencies caused by acute starvation. Our Crisis Support Team gave him food packs and spoke to his Employment Adviser about his terrible situation. The RE-START team helped Sam write a CV and apply for jobs, and also listened to him when he needed to offload. Sam is illiterate, and he did not know how to use a computer. Because of severe anxiety, he found searching for jobs very difficult and depressing. The RE-SKILL team offered him one-to-one reading and writing, and the RE-START team helped him overcome his fear of computers.

Through getting to know Sam in his one-to-one IT support, he revealed that his house was full of mould and damp, which was seriously affecting his health. The Crisis Support Team worked to sort out his housing issues, which helped Sam to relax and concentrate on his learning. Sam's anxiety and isolation has greatly improved, and he is now often seen laughing with staff members and he also likes to pick up a bargain in our charity shop.