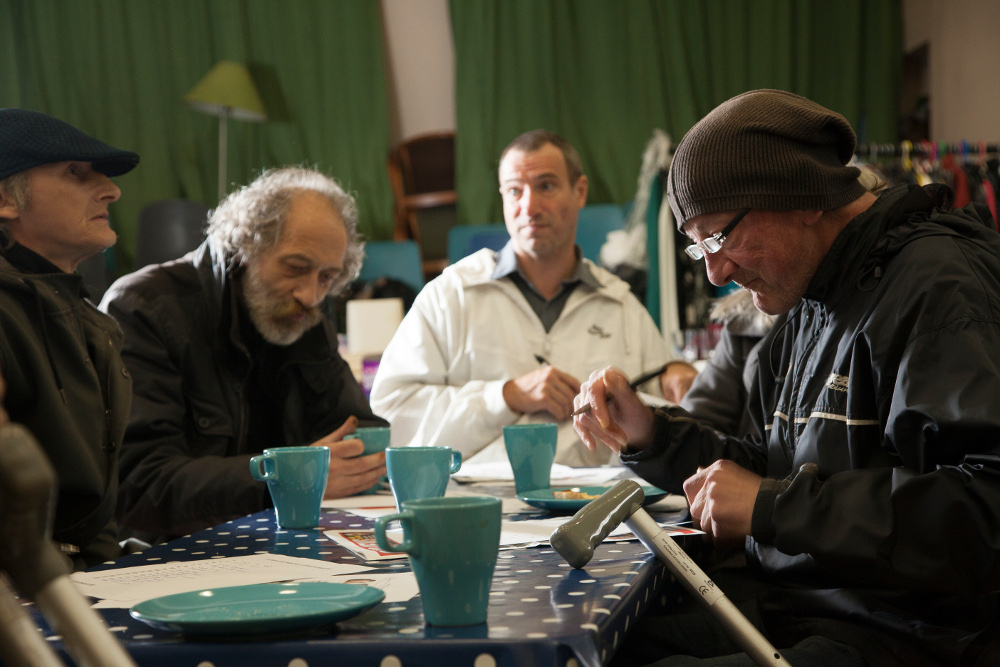 According to the Indices of Deprivation 2011, Manchester has the third highest number of wards ranked within the 10% most deprived in England. The specific neighbourhood in which The Oasis Centre is situated is ranked 407 out of 32,482 for ‘Total Deprivation’, therefore it is within the bottom 1% of all neighbourhoods in England and Wales.

Of the 2.6 million people living in Greater Manchester:

Following a comprehensive study which gathered primary evidence from a diverse range of local sources, The Greater Manchester Poverty Commission published its findings on 15 January 2013. The authors call for special measures to assist the poorest Manchester residents. In addition, it calls for action to prevent nearly 1.6 million people (nearly half the population of Greater Manchester) sliding into poverty.

Households are defined as being in poverty if they get by on less than 60% of the average (median) UK income. The Commission graphically documented the hardships experienced by those living in poverty, facing hunger, isolation, fear and frustration. The largest group in this category were identified as families with children. Many in poverty are in part-time work, low waged and suffer from fuel poverty, food poverty and have reduced access to basic services such as transport and technology.

Definition of poverty in the UK: ‘[when] resources are so seriously below those commanded by the average individual or family that they are, in effect, excluded from ordinary living patterns, customs and activities.’
Peter Townsend, ‘Reporting Poverty in Britain’ Joseph Rowntree Foundation, 2009

A lack of choice is a common experience of Britain’s poor; not being able to choose what you eat, where you live, what you buy, or where you go. This lack of options, when contrasted with the wider population, leads to frustration, and a cycle of negative thinking and .

As participants in the Manchester study reported:

People living in poverty are far less able to cope with unforeseen events, crises or new demands; such as an unexpected bill, illness in the family or changes to the system. These uncertainties create high levels of fear and anxiety, which themselves often lead to depression and other mental illnesses which again erode the ability to cope with the normal ups and downs of life.Low self-esteem often exacerbates poverty as people ‘go into themselves’, lose support networks and the confidence to ask for help, search for work or have a social life. Along with the isolation come feelings of shame and loss of dignity, creating a downward spiral which is difficult to escape.

Low self-esteem often exacerbates poverty as people ‘go into themselves’, lose support networks and the confidence to ask for help, search for work or have a social life. Along with the isolation come feelings of shame and loss of dignity, creating a downward spiral which is difficult to escape.

Of course, many people are born into families which are poor. Common reasons for a transition into poverty (or deeper poverty) are family or relationship breakdowns, with the resulting social isolation which can lead to mental illness and an inability to cope or access the necessary services. Substance abuse is a very common coping mechanism, and contact with other people in desperate situations can lead to further problems and a weak social network. As the report writers state, poverty is a very difficult trap to escape as, "a constant lack of money means investing in your future is impossible as the cost of transport, education and suitable clothes can be barriers to accessing work and training."

Poverty and debt are intrinsically linked. The lack of sufficient income and difficulty in accessing mainstream credit results in high interest loans from sometimes unscrupulous lenders and debt which spirals out of control. Community legal advice providers in Manchester indicate an increasing number of residents struggling with debt since 2009. The highest number of mortgage possession claims per 1,000 households was in the North West, at 4 per every 1,000 households (Centre for Responsible Credit 2011).

Bad debt often leads to breakdowns in personal relationships and poor health outcomes. 50% of people in debt have a mental health problem and 58% of people who contacted the debt charity ‘Step Change’, for advice in 2012, were suffering from severe depression.

The benefits system, intended as a safety-net, can become a trap, entangling the poor people as they become increasingly dependent on the system. This is an issue that successive Governments have struggled to resolve. Current attempts at reform could be described as the most radical in decades, affecting what was known as Incapacity Benefit; reshaping support for the unemployed and major changes to the rules governing housing support.

A survey conducted by Manchester Citizens Advice Bureau in 2012 assessed the impact of some of these recent changes, they found that:

According to the Joseph Rowntree Foundation, 4 million people are estimated to be living in food poverty in the UK meaning around 7% of the UK population cannot afford to buy fresh food and vegetables or two meals a day. Rising food and fuel prices, static incomes, underemployment and changes to benefits are some of the reasons why increasing numbers are being referred to foodbanks for emergency food. Food poverty is likely to have worsened by rising food prices in the UK. According to a recent government report (DefRA 2012), food prices in the UK rose by 32% between 2007 and 2012 compared with 13% in France and Germany. The price of processed food, often consumed by the poorest, has risen the most. The Trussel Trust has over 420 food banks across the UK (a 4-fold increase since 2010). They report that in 2013-14, foodbanks fed 913,138 people nationwide. They also report that the busiest food banks were in the North West, an average of 1,085 people used each food bank in 2012.

Evidence provided to the Greater Manchester Poverty Commission highlights the increasing shift of services and resources to online methods of delivery. Online delivery provides a more cost effective method of communication and delivery than face-to-face services, while also allowing individuals to access information at a time that is convenient to them. This increasing use of online modes of delivery does however raise concerns for those that do not have the means to access the internet, creating an increasing fear of isolation and poverty – digital exclusion.

'Technology supports every aspect of our lives – at home, at work, in the community, in how we communicate and in the services we use. There is growing evidence that digital technology can greatly enhance both quality of services and quality of life – particularly for the most disadvantaged citizens and communities.'
UK Government, Digital Exclusion Action Plan 2012

Digital exclusion has a number of impacts, such as restricting access to the most competitive energy tariffs, meaning the cost of living increases. The introduction of Universal Credit will also see a shift in the system to an online delivery method, causing problems for individuals who do not have access to the internet. However, digital technology also provides the opportunity to reduce certain aspects of poverty, by providing access to services in remote areas.

The digital inclusion agenda has traditionally been concerned with increasing the accessibility to, and of, the internet, with the aim of ensuring residents are not excluded by the move to digitally delivered services. Digital inclusion has also focused upon and promoting the benefits that digital technology can bring. While access to the internet is an issue, with around 20% not having access to the internet, according to a 2009 Ofcom survey, a large is attitudes to technology. 54% of those without a connection gave the reason as they ‘Don’t need it’.

WHAT NEEDS TO CHANGE?

The key recommendations of The Greater Manchester Poverty Commission (2013) included promoting actions to:

As the largest neighbourhood in East Manchester, Gorton stretches over 2.5 square miles, from the edge of the city centre out towards the lower slopes of the Pennines, and is home to over 80,000 people. Gorton is clearly an area of very high deprivation, and a range of public sector and third sector organisations do exist to help address the needs of the Gorton residents. However, for many people the minimum requirements (or ‘thresholds’) necessary in order to access these services, are too high to meet. Expectations are placed upon participants which they are ill-equipped to achieve in the first instance. There is a great need for open-access services for the hardest-to-reach residents, both in terms of the ‘breadth’ and the ‘depth’ of services.

The overwhelming scale of need was evident from the first day we opened. Once we got to know residents and they began to trust us with their stories, the following themes emerged:

*(It would not be appropriate or possible to undertake formal testing of our clients. Figures have therefore been obtained through informal assessment by a member of staff who is a trained teacher.)

In 2015, we saw an 80% increase in client crisis issues, and a 40% increase in food poverty crisis related issues dealt with at The Oasis Centre.