AT OASIS, WE ARE DRIVEN BY THE BELIEF THAT EVERY SINGLE PERSON MATTERS

Our founder, Victoria Armstrong, first came to Manchester as a student in the early 1990s.

Having found affordable accommodation in Gorton, but not knowing the area, she was shocked by the levels of poverty and deprivation all around her.

As an outsider, Victoria experienced a great deal of abuse and aggression; she was robbed and had bricks thrown through her window. It was during this time that something remarkable happened. In 1992, Victoria became a Christian and her view of life changed.

Around this time, Victoria was inspired by a dream: "God gave me a vision for a building pumping out his unconditional love, showing me how much he loved this community of people." She saw lives being transformed and the city changed radically. Some years later, the first opportunity came to put these ideas into practice. Three asylum seekers visited Victoria's church one Sunday morning - tired, cold and in urgent need of help. The building was opened up and her church family got behind her efforts to ensure they got all the help they needed.

From this small seed, bigger ideas began to germinate. A small team began providing hot meals to local people - for some, it would be the only one they'd get all week. A great deal of tenacity and perseverance was required to build trust and credibility with local people, who were understandably sceptical in the early days. But by 2004, Oasis had started gaining momentum and recognition in the area, with regular clients realising The Oasis Centre was more than a short-term project - we are here to stay!

As trust grew, people started to tell us what would make a difference to their daily lives. In 2005, we took a big leap of faith and a great step forward by moving our Day Centre to our current home, Collier House, a Methodist hall. We began to reach many more people and welcome new volunteers.

Over time, the Oasis team became increasingly aware of the multiple generations of families living on benefits alone, and of the negative impact that this has on people - destroying ambition, and suffocating dreams of a brighter future. So, in 2015, we brought all of our services together in four linked projects: RE-BUILD, RE-ENGAGE, RE-SKILL, RE-START. The ambition of having a permanent building remained a theme throughout. The next chapter awaits... 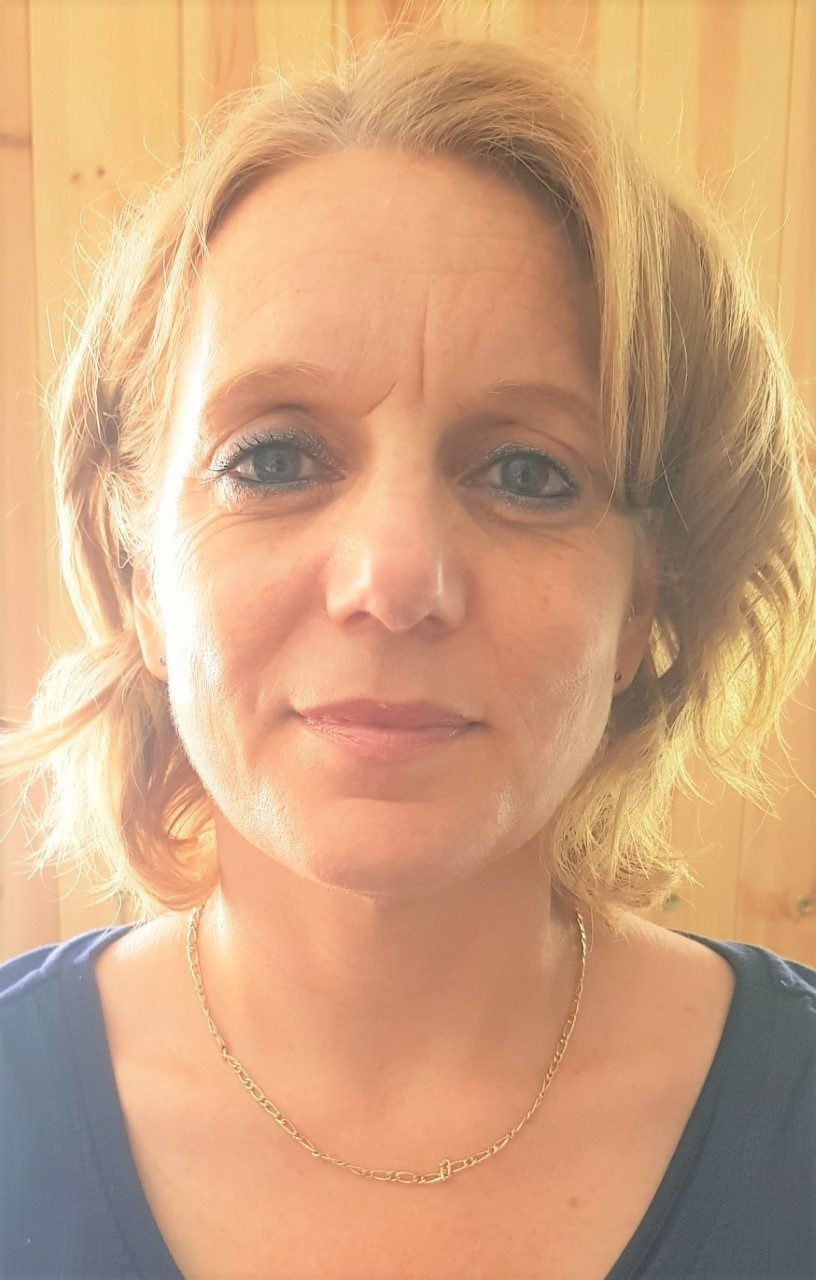 "There is one thing we all have in common, no matter who we are. None of us chose where we were born or what family we would be raised in. It is only by the grace of God that I was brought up in a loving home with everything I could need to live well and healthily. This is why it is logical to me that if you see someone who hasn't had a good start in life, suffering abuse, neglect or poverty, you must get involved. You must show them the love you have been given. Unconditionally." - Victoria Armstrong

OUR VISION AND VALUES 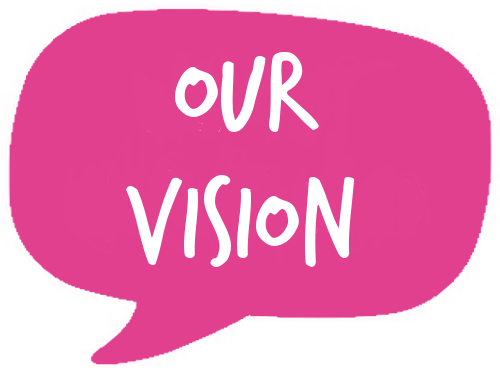 Our vision is to see God-given transformation for the people of East Manchester; from chaos, isolation and hopelessness, to stability, community and fullness of life.

Our mission is to provide the unconditional love, care and support required to enable people in our community to overcome the deprivation around them, and to live peaceful, productive and fulfilled lives.

We provide an essential 'first rung on the ladder' for those who are hardest to reach; people whose lives are characterised by crisis, loneliness and despair.

We enable people to address the often complex issues behind their immediate needs, with compassion and respect. 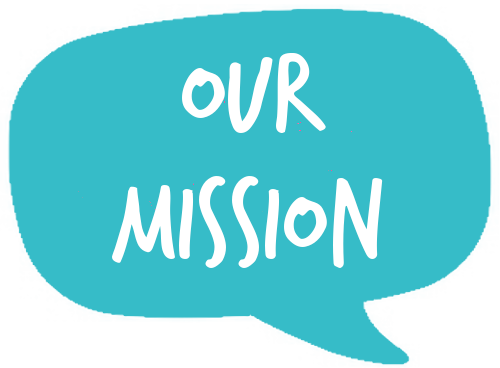 We are ambitious - We have high aspirations for our clients and our community. We challenge assumptions and provide the support required to achieve lasting change.

We are COMMITTED - We are in it for the long haul. Complex and ingrained issues often take time to address and healing can take many years, so perseverance is essential.

We are COMPASSIONATE - We champion mutual respect, tolerance and kindness; all of which begin with self-awareness and self-respect.

We are TAILORED - We adapt the support we give to recognise the unique physical, emotional, psychological and spiritual needs of each client.

We are PRAGMATIC - We aim to deliver the most efficient and cost-effective working methods, always looking to innovate and improve our service.

We are RESOURCEFUL - We make the most of our resources and look to work in partnership with other like-minded organisations.

Our values and motivation to serve spring from our Christian faith.

Our inspiration and model is the example of Jesus Christ, who demonstrated practical compassion to the most marginalised and desperate in society. His call is our call, to those in dire need:

"Are you tired and worn out? Come to me and you'll recover your life. I'll show you how to take a rest. Walk with me and watch how I do it. Learn the unforced rhythms of grace. I won't lay anything heavy or ill-fitting on you. Keep company with me and you'll learn to live freely and lightly." (Matthew 11:28 - The Message)

All our services are available to people of any faith and those with none. 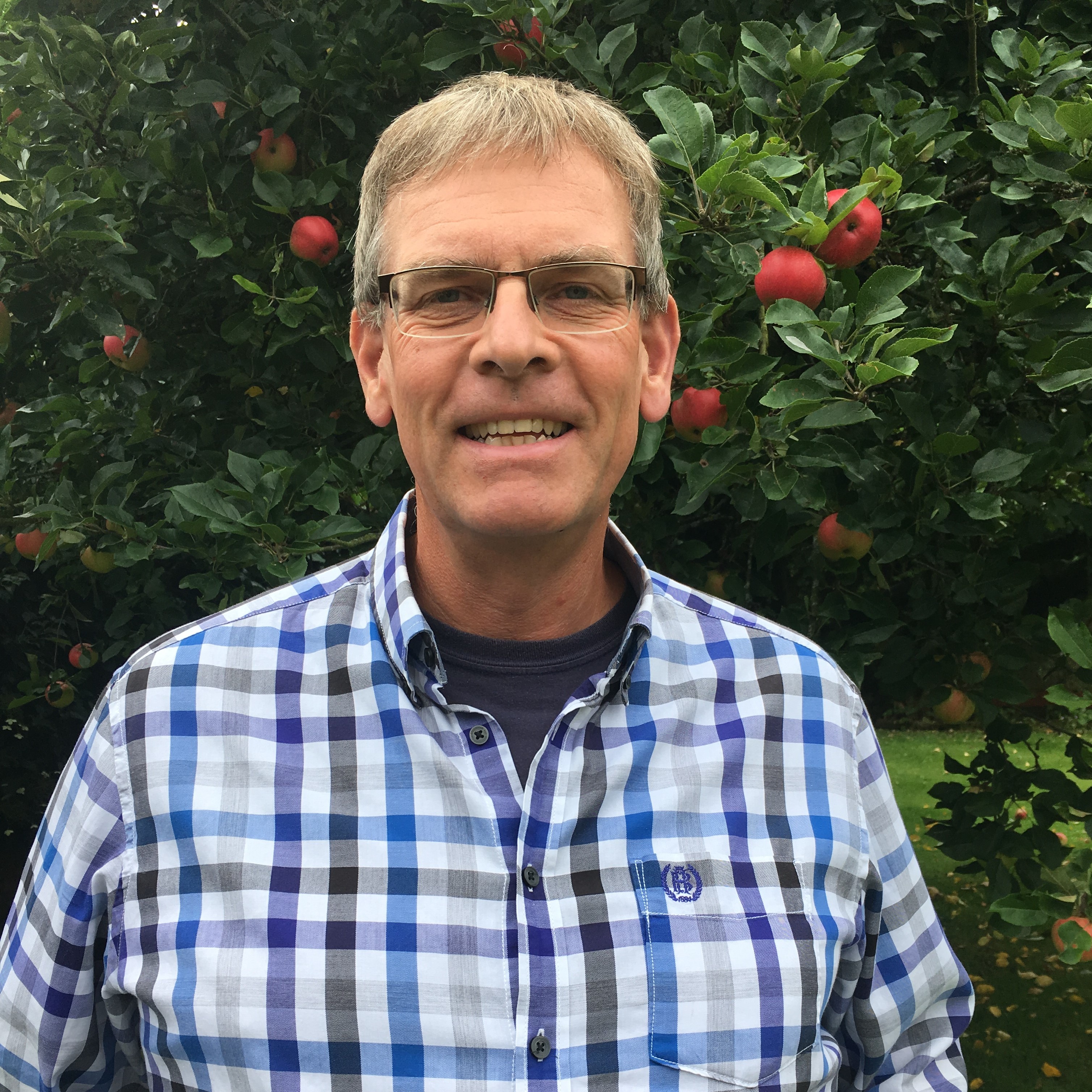 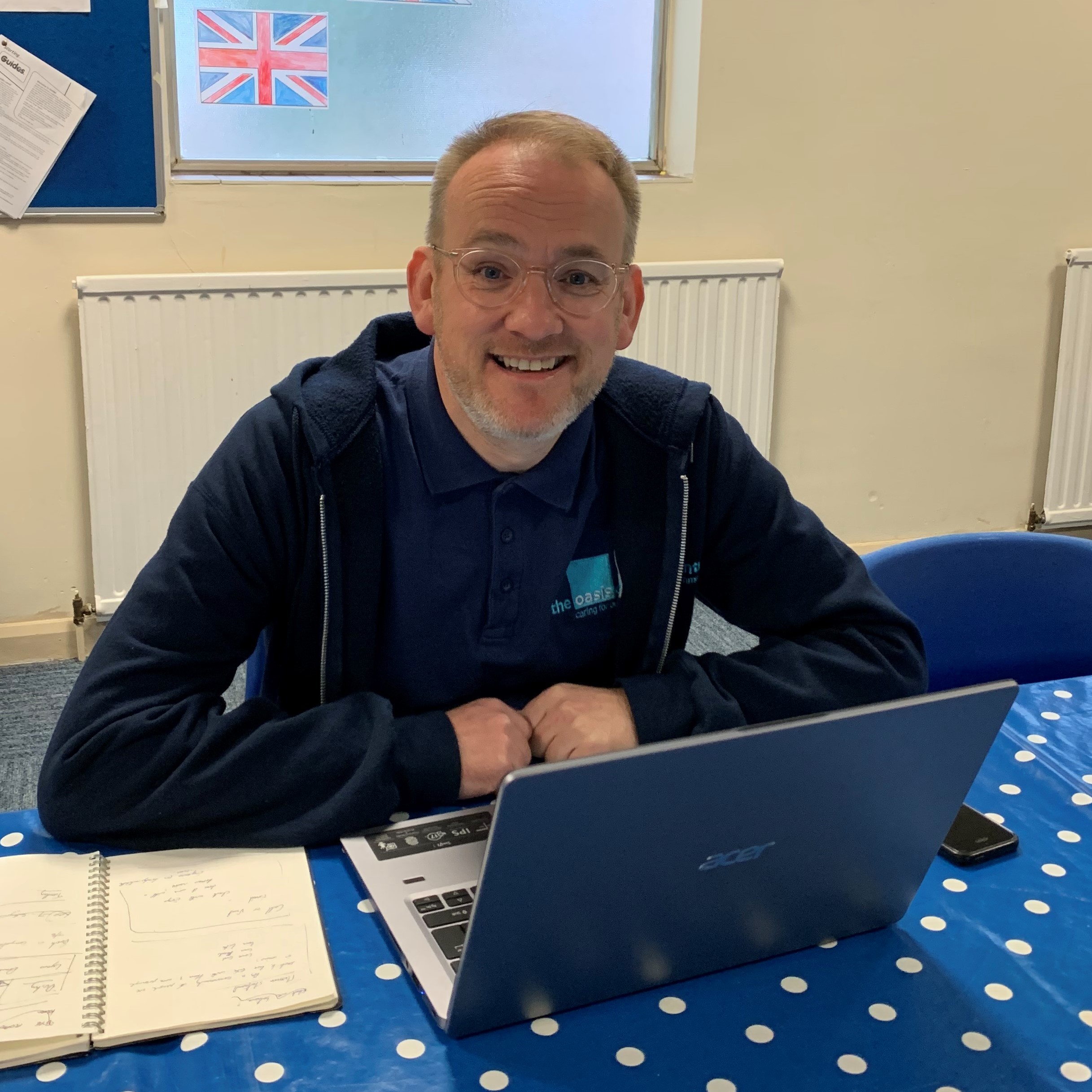 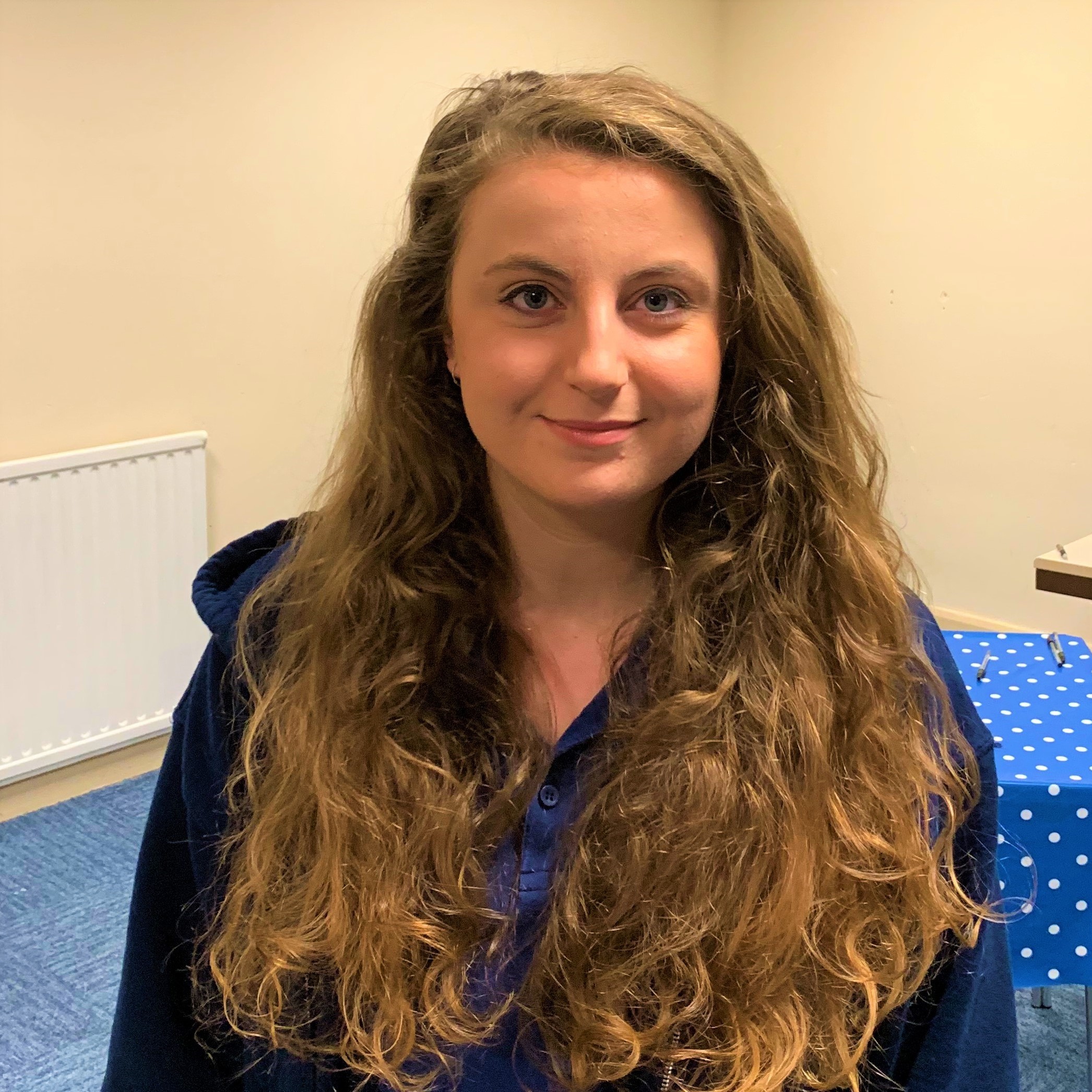 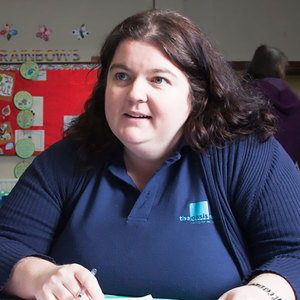 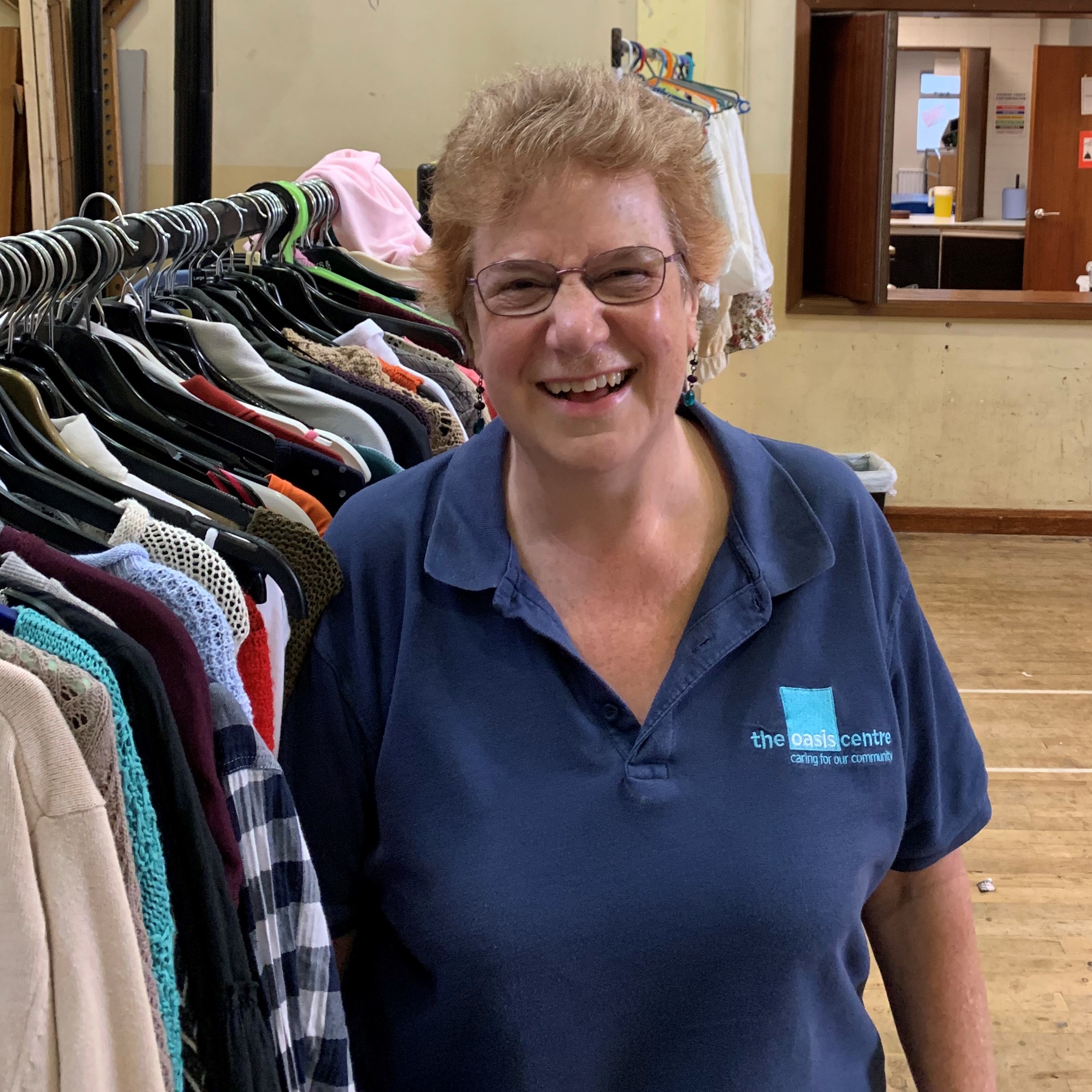 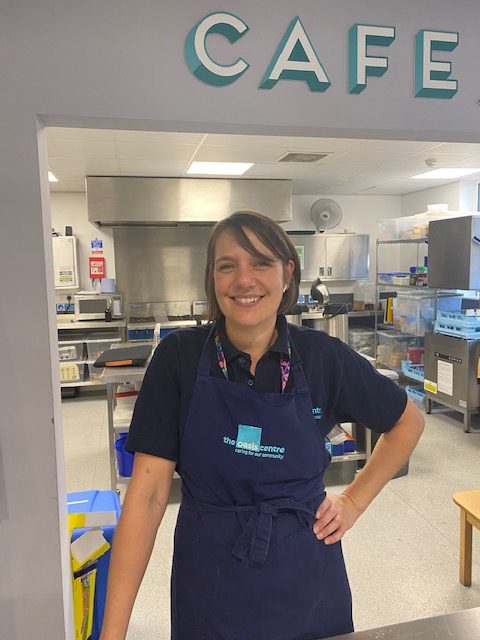 Victoria is the CEO and set up the Oasis Centre after moving to Gorton in the nineties and being struck by the need that she saw.

"It is logical to me that if you see someone who hasn’t had a good start in life, suffering abuse, neglect or poverty, you must get involved. You must show them the love you have been given - unconditionally!"

Andy is our Managing Director and Treasurer. His responsibilities include overseeing our move into the new Centre, and handling regulatory and compliance matters.

"Oasis is an exciting place to be as it creates opportunities to get alongside members of our community who have been overlooked, marginalised or are struggling with life in some way, and enables us to work together to create a sense of community, hope and achievement."

Paul  joined the Oasis family as Centre Director in June 2019.  Paul's diverse work/life background has seen him managing pension schemes and leading large community groups and programs.  Paul's faith fuels his desire to serve and support those who have been pushed to the margins of society.

"I find it a huge honour and  privilege to be a part of the Oasis family and I am so excited about the years that lie ahead of us all as we work to serve and create a beautiful community together."

Dushy is the Centre Manager at Oasis and manages the day to day activities in the Centre. Dushy first came to Oasis ten years ago and was previously coordinating the RE-BUILD programme.

"God led me here, gave me a new start and surrounded me with a new family. I want the people I serve to know the love of God and his faithfulness the way I have."

Abigail  started with The Oasis Centre as a member of the Crisis Support team in 2017. Abigail excelled in this role and stepped into coordinating the programme when Dushy moved to Centre Manager.

"My role at Oasis is not just sorting out problems but with every session I'm gifted the opportunity to get to know someone new, to build something with and get to know their beautiful quirks, talents and personalities. I'm given the chance to love individuals that the world has rejected; now that's a real privilege."

Lizzie coordinates our RE-SKILL Programme. Lizzie is a qualified teacher who first started working at the Oasis Centre as a volunteer, helping to run our Community Support team.

"It is a real privilege to work in an organisation where you are part of a team that is seeing people's lives change on a daily basis."

Paul coordinates the RE-START programme. Having worked in several areas, including many years in the print industry, Paul wanted a new challenge and to use this experience to help people engage with work.

"I feel extremely privileged to be part of this community, it's exciting getting to know people, supporting them into work and giving them the confidence to fulfil their potential"

Val Coordinates our NEXT STEP Retail Programme. Val has over 20 years’ experience in shop management and mentoring.  She first started working at the Oasis Centre as a volunteer, helping to run our free cafe.

"It's a joy to be working with loving, friendly people and  knowing that God is at work in what we do and through the centre he is changing people's lives."

The NEXT STEP catering programme is co-ordinated by Sarah Hargreaves. Having spent many years working in Christian ministry as a children, youth, and families worker, Sarah felt called to Oasis in 2022. Sarah hopes to combine her love of cooking with helping and serving this community.

"I'm really excited to be a part of the Oasis family. The Next Step volunteers are amazing and I hope by supporting them as they grow in confidence and ability I can help make a difference in their lives" 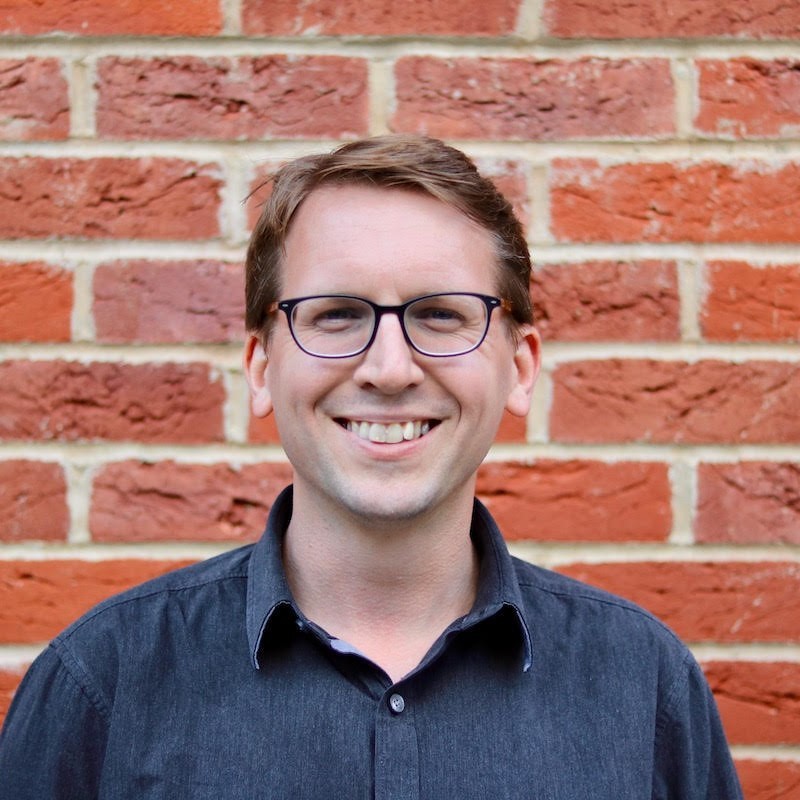 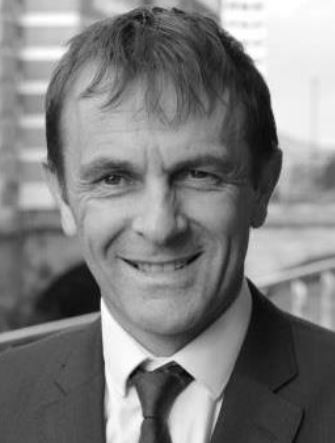 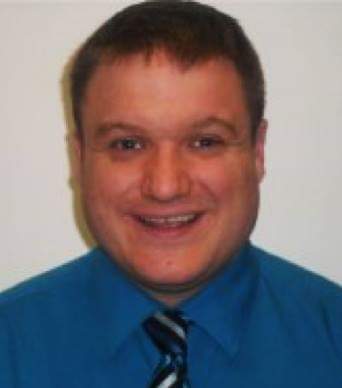 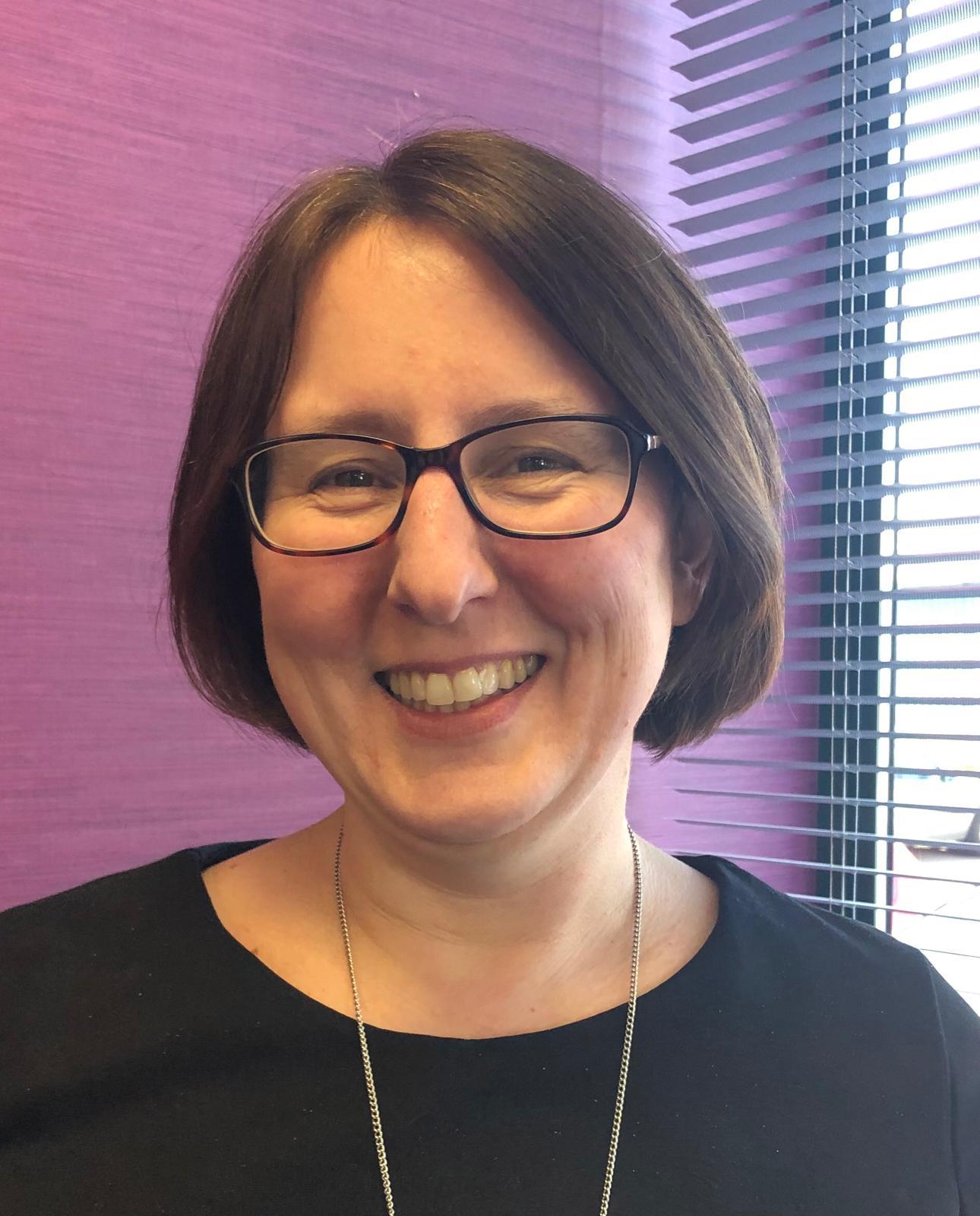 Al has been a passionate trustee of Oasis since 2010. He was born in Manchester and loves the city but at the moment is in exile in Wirral, where he is a minister in the Church of England. He is married to Sarah (also a huge supporter of Oasis) and they have two lovely kids, Connie and Reuben.

Simon and his wife Sue became involved with Oasis in 2014.  Simon is Managing Director of Roger Hannah which as a business was looking for ways to give back to the local community.  The partnership with Oasis has been a blessing to both Oasis and Roger Hannah.  Simon and Sue have two girls – Trinity and Scarlett and live in Heaton Moor, Stockport.

"I have never lost the initial excitement of seeing the power of unconditional love and compassion towards the most broken and needy people in society. Seeing God at work in lives and in the story of Oasis fills me with hope for what can be achieved in the years ahead."

David and his wife Lizzie became involved with Oasis in 2010 having seen the amazing work God was doing in East Manchester through The Oasis Centre. They live just around the corner from the Centre in Openshaw and are passionate about sharing the good news of Jesus in the local community. David currently works for the Salvation Army Housing Association running supported housing projects and before that worked for another local charity in Openshaw.

Jo and her family have been passionate supporters of Oasis since meeting Victoria and hearing the exciting Oasis story some years ago. Her grandparents were born, brought up and married in Gorton- just round the corner from the Oasis centre. She was honoured to become a trustee in 2019. Jo works as a vet and loves involving new people and organisations in the Oasis adventure.

“What I love most about Oasis is how each person who comes in is loved unconditionally- with patience, kindness, joy and perseverance- recognising their worth and value to God, giving hope for the future and allowing them to flourish and thrive as part of the Oasis family and the wider Gorton community”